Thailand is a beautiful country in Southeast Asia that has always been among the prominent tourist destinations for people all over the world. It is placed along the Andaman Sea towards its west and spread over an area of 513,120 sq. kilometers. Being a melting pot of different cultures, be it the picturesque landscape or the modest lifestyle of the Buddhist monks or the rave beach parties in town, Thailand offers a wide range of activities to indulge to match all tastes. Undoubtedly, Bangkok remains the cream of the Tourism world. Many pieces of research and studies have rated Bangkok as the most visited city in the world. Thailand tourism welcomes more than 16 million international arrivals each year. Ranked as the 20th most populous country in the world with a population of approximately 67.2 million people who converse and communicate in many languages even though the official language is Thai. Thailand has something unique to uncover for all age groups. We bring you five unique facts about Thailand tourism that will reignite your interest in planning a trip to Thailand.

1.The most visited Buddhist countries in the world 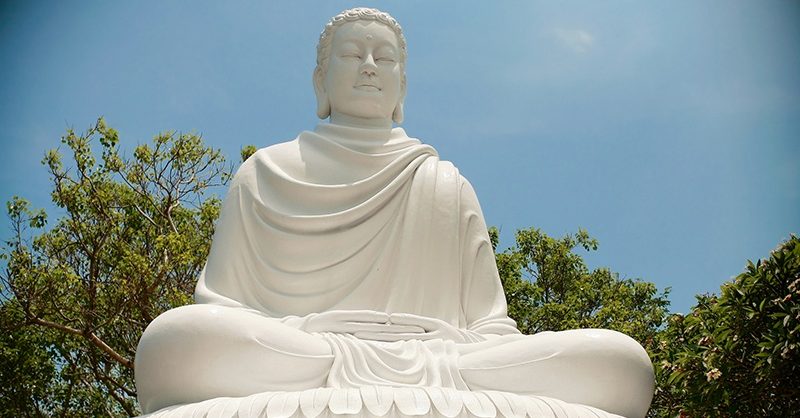 One of the surprising facts about Thailand is that more than 95 percent of the Thai population are locals are around 90 percent of them practice Buddhism. People have a high degree of respect and give prior importance to their traditions and customs. Hence, the feet are unconsidered to be the unholy part of your body and should remain facing the floor possibly at all times. Similarly, the head is considered to be the holiest part of your body and hence shouldn’t be touched at all. The ancient temples are another critical aspect of Thailand tourism and people visiting the temples are expected to cover their shoulders and legs with the monks given a wide berth. There are essential elements of Hinduism, local folklore, and animism incorporated in Buddhism. One of the reasons why there are Buddhist shrines to Hindu gods, prayer tattoos, magic amulets, and religious houses dotted all over the country. In fact, the world ninth tallest human-made statue, the Great Buddha of Thailand set at the Wat Muang Monastery is one of the critical features of Thailand tourism.

2.A long coastline of idyllic beaches

With an incredible coastline of 3219 km long, the tropical beaches of Thailand undoubtedly become one of the highlights of Thailand tourism. The white limestone cliffs, idyllic beaches, and fabulous sandbars continue to woo audiences each time they visit this beautiful tropical country. The beaches offer many water sports options for the ultimate adrenaline experience. Bangkok at one point of time in its rich history featured a dozen canals, with the city built on stilts. But as a part of modernization, most of them have now been filled. Also, there are 1,430 mind-blowing islands and islets off the Thailand shores that are easily accessible to travelers and visitors. Every island and islet has a charm and personality of its own, from the vibrant Phuket and Koh Samui to the laid back area of Koh Phi & Koh Phayam, these islands can be visited as per your taste. You can try island hopping as one of the major highlights of your trip.

Check Also: Things to Do in Bangkok for a Perfect Break

3.Respect the culture and the Monarchy

People in Thailand are crazy about the King or the monarchy. They respect the sovereignty and protected by majestic laws. You could land in trouble if you talk ill about the King in public spaces or even step on the Thai currency. The royal anthem is played twice a day in Bangkok mass transit stations. Also, there is a short film dedicated to the King played in theatres before every movie. People are expected to stand for this short film. The Thai currency features the face of their beloved late King Bhumibol Adulyadej. Thai culture has some unique and interesting facts, and people expect it to be respected from all angles. Respect the culture, and you will come across one of the most friendly local population. In fact, for a matter of fact, Thailand has been voted among the most welcoming countries in the world. Another highlight of Thailand tourism.

Must Read: 8 Watersports on Thailand Beaches For Adventure

One of the most exciting aspects of Thailand tourism is that it was never colonized, one of the reasons why is named the Land of the Free. The French had occupied Chanthaburi provinces and Trat on the Cambodian border as early as 1895 and returned them to Thailand in exchange for capturing the western Cambodia region. Thailand was initially named as Siam. The historic modernized buildings around the Old town of Bangkok were built by King Rama V to save the country from colonization. By coming to common terms with the British and French regime, he managed to protect the nation from invasion.

5.Thailand features one of the delicious cuisines of the world 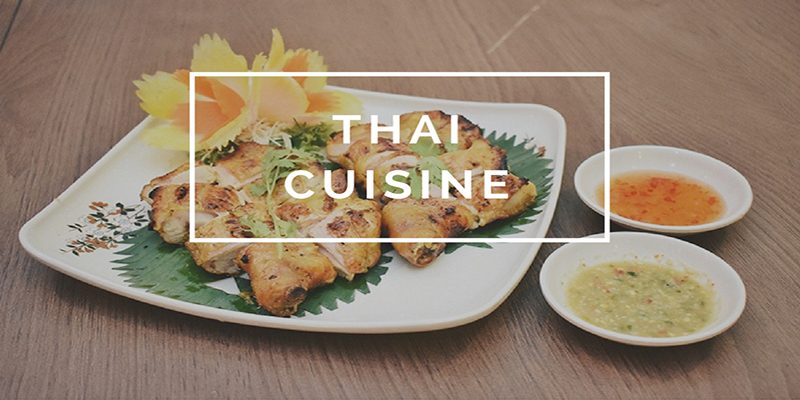 The food is delicious and amazing and features in many restaurants around the globe. The combination of a sweet, sour, and spicy mix is evident in every dish that makes it one of the most popular cuisines in the world. Some of the must-try dishes include clear noodle soups, fried noodle delicacies, fried rice, and much more. All these dishes are served with condiments on their side that give it a rich taste. Many travelers can also find several recipes without the much-hyped spice. Street food is something that one should try. The local stalls feature almost everything from BBQ pork skewers and fried crickets to banana pancakes and ice cream sandwiches. Be careful of the stall you select, if possible let one of the locals guide you to the right stall. Add fresh fruits, water, and soda to keep you hydrated in the tropical weather. It can take a toll on travelers at times.

Conclusion
Thailand is one of the most beautiful countries featuring several historic temples, idyllic beaches, and picturesque scenery, and much more. Explore the various aspects of Thailand tourism that will vie for your attention even today. 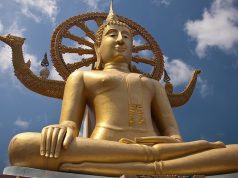 Facts & Tips
Things You Need to Know Before Travelling to Thailand 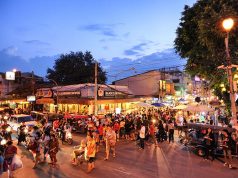 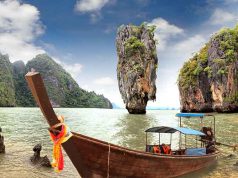