Loy Krathong is one of the beautiful festivals which are celebrated in Thailand. Along with Songkran, it is considered to be the most important festival celebrated here. The 12th lunar moon on the Thai calendar is used for deciding the date of this wonderful festival, and hence it is on a different date each year. In general, the festival usually falls in the month of November, with the celebrations and parade differ with each city in Thailand. It symbolizes the end of the rainy season and the beginning of the rice harvest season. Lights from several candles float on the water bodies, which each candle symbolizing a prayer or a wish offering by the one who releases or the devotee. People use it as a token of respect to the water goddess, Phra Mae. Enjoy and celebrate this wonderful floating festival of dreams in Thailand with your loved ones and create an everlasting memory in your life.

What is Loy Krathong Festival and How is it Celebrated?

The term ‘Loy’ refers her to ‘float’ and the ‘Krathong’ refers to a special Thai floating sculpture that is often represented by a holiday. The cross-section of a banana tree truck is used in the constructing the traditional Krathong and it is then decorated all over with folded banana leaves and flowers tangled with towering designs. During the festive season, you will find several Krathongs sold in the festivity areas. Many young children are quite creative in building their own Kranthongs in their school or with the help of their family members. There are also several schools who conduct Krathong contests for students in which the most beautiful floating Krathong wins the bout.

In many areas, the banana trunk is now replaced with Styrofoam or bread, which is baked into the form of a traditional Krathong. Both the banana trunk and break Krathongs are eco-friendly and support the go-green initiative, so indulge in this festival without the fear of harming the environment. Another reason for the Thai population to support this beautiful festival of dreams and wishes. You can enquire with the hotel staff or the local staff where the Loy Krathong festivity areas are, and they will be able to guide you to the nearest location. So, if you have reached the location empty handed, browse from the various Krathongs on display and select one of them or even several of them. Head to the local waterside, where you will find a huge gathering floating their Krathongs with their prayers and wishes.

You can then light the Krathong or Krathongs which you bought. As a standard custom, the entire family is supposed to hold on to the Krathong together once it is lit. And after making a wish or offering a prayer, it is sent on its path floating on the water body with a gentle push which carries it downstream along with your prayers or wish. The locals say that the Krathong relieves you of all your troubles and evil spirits with the light and glow of the incensing candle. It is considered as a symbol of good luck to follow the flickering light of the candle with your eyes as long as you can.

Many romantic or newly married couples add locks of their hair and nail clippings to the Krathong before they light the candle and the incense and then release the Krathong. Hold on your partner and see the Krathong getting lost in thin air. They say it the couple watches the Krathong being lit all the way till they lose sight of the Krathong, the couple’s love would be everlasting together. This festival is considered to be one of the most romantic festivals in the world. With traditional Thai music being played, you can surely enjoy a romantic dance with your partner which makes your evening a real special one.

Other traditions and customs which are followed in this festival are setting eels and turtles free in the nearest water body i.e. a river or a pond. Your little ones would love indulging in this exercise. These eels and turtles are sold by the vendors near the water body. The Loy Krathong festival at some places is also celebrated with gorgeous pageants. Some of the glamorous festivity occurs in Chiang Mai. There are long parades with large floats that symbolize a Krathong, each symbolizing a theme. The artists who carry the Krathong dress up in traditional Thai costumes. Don’t be surprised if you see beauty queens or pageants waving to the crowd during this grand festival.

Apart from the water festivities, this festival of dreams is also celebrated with floating lanterns or sky lanterns. Large paper lanterns are lit and float up in the sky in the way as hot air balloons float in the sky. It is truly a magical experience seeing hundreds of floating lanterns in the sky. Chiang Mai has several local vendors selling these floating lanterns. They also give tutorials about how to light and send the lantern deep into the sky. Similar as the floating Krathong, the lanterns are also held by the family together after being lit and released into the atmosphere together. Grace this wonderful festival with your loved ones and take back several memories to cherish. This could end up being the highlight of your family holiday in Thailand.

The weather is also pretty cool and pleasant for tourists and visitors to indulge in this beautiful floating festival of dreams during their exotic Thailand vacation. 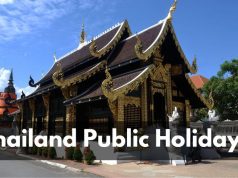 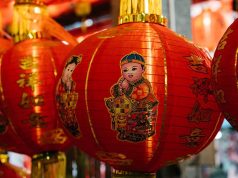 Events & Celebrations
15 Spectacular Festivals in Thailand 2023 That Are All About Love, Lights, & Legacy!